If online merchants collected masks and hand sanitizer to hoard and speculate at the beginning of the COVID-19 season, a century ago, the hot item during the 1918 Spanish flu epidemic was lime.

According to the Atlas Obscura on May 28, although no source has determined why lime can be a preventive method and a miracle cure for the deadly influenza virus, the press at that time still praised Citrus fruits as the number one enemy of the flu and highly recommended this fruit.

In the fall of 1918, when the flu epidemic spread across the globe and the world was looking for ways to treat it, the price of lime “took advantage of” soaring. From Rome to Rio to Boston, family members flocked to buy lime to store at home, something that will be repeated with masks and hand sanitizer 100 years later.

Farmers were “glad” because of the pandemic.

Hot lime water is considered as an age-old folk remedy for the flu, although doctors know it won’t stop the Spanish flu, but a little sour lime and sugar can also soothe the taste and keep the patients from becoming dehydrated. Oddly, contributing to the lime craze was the advice to suck the juice directly from the lime.

According to the story that comes from a beautiful spokeswoman for the American Chamber of Commerce named Marie Cooney.

According to the front page of the Los Angeles Herald October 23, 1918, amid news of flu deaths and World War I casualty calculations, there was a headline with a smiling Lady Marie performing how to draw water directly from a lime: “Drinking lime juice is now scientifically praised as a cure for the flu”. That’s not true, of course, but the beneficiaries of the article were California lime farmers.

It’s worth mentioning a little bit about “the status of a lime” in the first decade of the 20th century. Until that time, lime growers were still learning how to grow and find ways to consume this flamboyant fruit. Losing a crop is miserable, but having a good harvest is not better. The reason is that Americans rarely use sour taste in their cooking or eating daily; on average they only buy about 12 apples per year.

The lime then craved what its brother (the orange) had: commercialized in the form of ready-to-squeeze orange juice. The shift in consumption from eating fruit directly to drinking juice was a “revolution,” says Don Francisco, advertising director of the California Fruit Farmers Association. 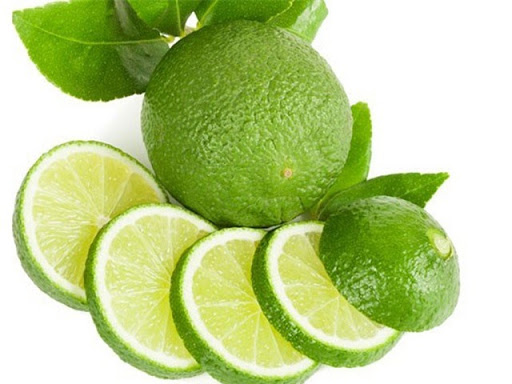 Francisco became a legend in the citrus industry at the age of 27 when he invented ready-to-squeeze orange juice under the famous Sunkist brand that remains to this day. During the early 20th century in the United States, the most popular type of fast drink was a carbonated soft drink that was pre-packed in large containers and poured into retail glasses when purchased by customers.

Self-squeezing oranges was torture for busy people, ready-to-squeeze orange juice was not popular in the market at that time and the price was very high. Francisco helped design the heavy-duty electric juicer for refreshments and displays with the Sunkist logo.

The Lord & Thomas Advertising Company added a tagline to its “Drink an orange” advertising campaign, helping orange juice to follow Coca-Cola in the race for market share and eventually become the most popular drink in the state.

Sunkist lime growers certainly want to benefit from this kind of marketing magic, too. However, Francisco warns that lime is a challenge, much more difficult than oranges, because with lime, it is “very difficult to attract appetite” and almost impossible to make them look appealing.

Sunkist can only promote lime consumption with the slogan “Lime brings many benefits”, and Francisco understands that it is always important to be careful not to recommend limes as a medicine. The Spanish flu pandemic will change everything.

As demand for limes increased as flu remedies spread among the public, Francisco embarked on a melancholy marketing strategy to boost the status of limes by drafting a statement from the Fruit Farmers Association, instead of an advertisement, and sent it to 149 newspapers across the country.

Direct calls to use limes can spark outrage and protest, so the statement focuses only on prevention recommendations against colds and flu such as “avoid crowds”, “exercise well, and avoid crowds”, “get enough sleep”, “keep your feet dry and warm”, and as if the phrase “drink a glass or two of hot lemonade” is unknowingly mentioned.

This notice reached 22 million citizens in October 1918, of course, without a word related to Sunkist. Grocery stores have a more direct approach, with one in Connecticut touting Sunkist limes as: “Nature’s cure for Spanish flu.”

By December 1918, the danger of the epidemic had passed and the lime fever subsided. But a combination of consumer fear and marketing talent still helps limes hold a strong place in American kitchens.

From a seasonal luxury, lime has become an indispensable daily necessity, occupying an important place in the American diet.

He always has bigger dreams for plants: “Advertising the use of lime is not advertising a product, but advertising a long-term product line. We can talk about lime cake or lime shampoo, lime used to garnish dishes with fish, lime juice used to scrub pots and pans, to whiten skin, instead of vinegar or mouthwash”.

He envisioned the refreshing world we live in now, a century after the unexpectedly successful campaign to elevate the status of the lime.